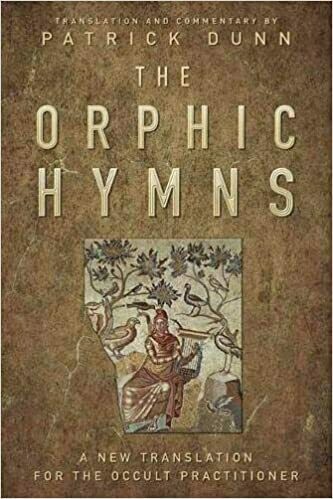 The Orphic Hymns by Patrick Dunn

The Orphic hymns are fascinating historical artifacts―87 devotions, invocations, and entreaties to the Greek gods that are as potent today as they were when they were originally developed nearly two thousand years ago. Designed to be used in contemporary spiritual practice and spellcrafting, this premium hardcover edition features spectacular new English translations by Patrick Dunn along with the original Greek on facing pages.

These translations are complete, accurate, and poetic―perfect for integrating into rituals and magical workings for every conceivable purpose, from protection to prosperity and everything in between. Written by a poet and occultist specifically for contemporary practitioners of magic, this must-have book also includes detailed notes to help you understand esoteric passages as well as suggestions for incense selection and the practical use of the hymns.

The Orphic Hymns also includes Thomas Taylor's eighteenth-century translation as an appendix, an index of purposes, and a concordance with a glossary, a pronunciation guide, mythic backgrounds, and cross references of every deity and place named in the hymns.