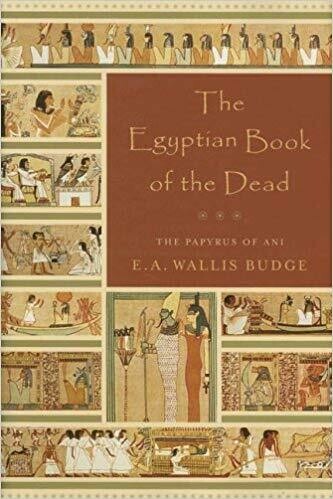 Egyptian Book of the Dead by E. A. Wallis Budge

SKU 400000030357
$16.95
Out of stock
1
Product Details
The edition contains both volumes of the Papyrus of Ani, unabridged, in addition TGS included 75 pages of the simple English translation of the Book of the Dead and the 50 page book by E.A. Wallis Budge of the British Museum's, The Book of the Dead published in 1920.

The sacred wisdom of the priests of ancient Egypt and the experiences of the soul after death: one of the most important books in history. Includes full hieroglyphic text along with a transliteration of sounds, word-for-word translation; a separate smooth translation.

The Egyptian Book of the Dead is unquestionably one of the most influential books in all history. Embodying a ritual to be performed for the dead, with detailed instructions for the behavior of the disembodied spirit in the Land of the Gods, it served as the most important repository of religious authority for some three thousand years. Chapters were carved on the pyramids of the ancient 5th Dynasty, texts were written in papyrus, and selections were painted on mummy cases well into the Christian Era. In a certain sense it stood behind all Egyptian civilization.
Save this product for later